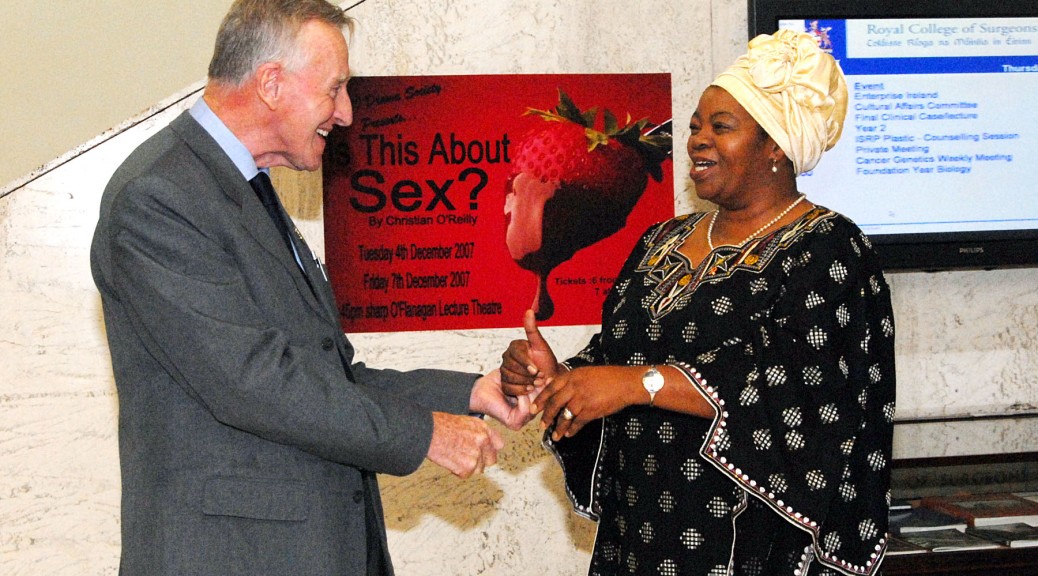 The second event in the Annual Father Michael Kelly lecture series was held on November 29th, 2007 at the Royal College of Surgeons in Ireland. This event was opened by the Minister of State, Michael Kitt T.D., and was supported by Irish Aid in conjunction with the Irish Government’s Department of Health and Children. The Minister of Health for Botswana (2004-2008), Professor Sheila Dinotshe Tlou, also spoke at the event. Father Michael then led an inspiring discussion which focused around Ireland’s research priorities in the context of children living with, and affected by HIV/AIDS.