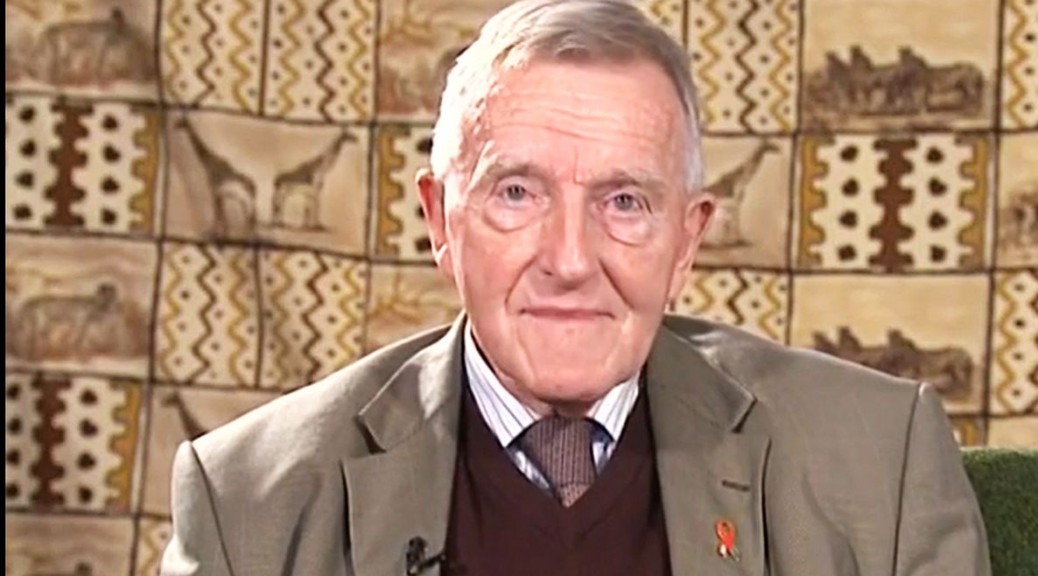 Father Michael was unable to attend the IAVI meeting in person, and instead delivered a short address, which can be viewed below. In it, Father Michael praised international efforts in research against HIV.

In recognition of all that impedes the potential of universal access, the use of research and development beckons us towards a new horizon and the promise of

…an AIDS-free world, that’s what we really want to see and one of the best ways towards this lies in the development and use of an AIDS vaccine.

The Key Note Address given in 2009 by the President of the International AIDS Vaccine Initiative (IAVI), Dr. Seth Berkley, highlighted the excitement and possibilities of biomedical research at the time aimed towards preventing the spread of new HIV infections within the general global population. Father Michael commented:

…the hope that this may be the harbinger of what the world is hoping for, a safe and effective vaccine against HIV…I think also of the thousands I have known and admired people who experienced utterly dehumanizing sufferings, but who rarely complained and never lost hope.

Using his impeccable ability to draw light from such dark places, Father Michael made reference to appearing on ‘a very lively two-hour programme that receives almost non-stop phone-ins and text messages from a wide audience in many English-speaking countries in Africa’ and the timely discussions highlighting the prevention of future HIV transmission in local communities.

Pat Kenny, watch out next time I’m in Ireland!

In conclusion, Father Michael gave his resounding thanks to those across the globe, working tirelessly towards the eradication of HIV:

I trust that the association of my name with this annual lecture will be seen as symbolic, with me, as it were, standing in for and representing the great body of wonderful Irish people who have spent themselves in addressing HIV and AIDS and their appalling impacts, as well as the great body of heroic people who have endured the worst ravages of the epidemic. I conclude by saluting all of them for their great resilience, their unquenchable hope, and above all their unsurpassed human dignity.