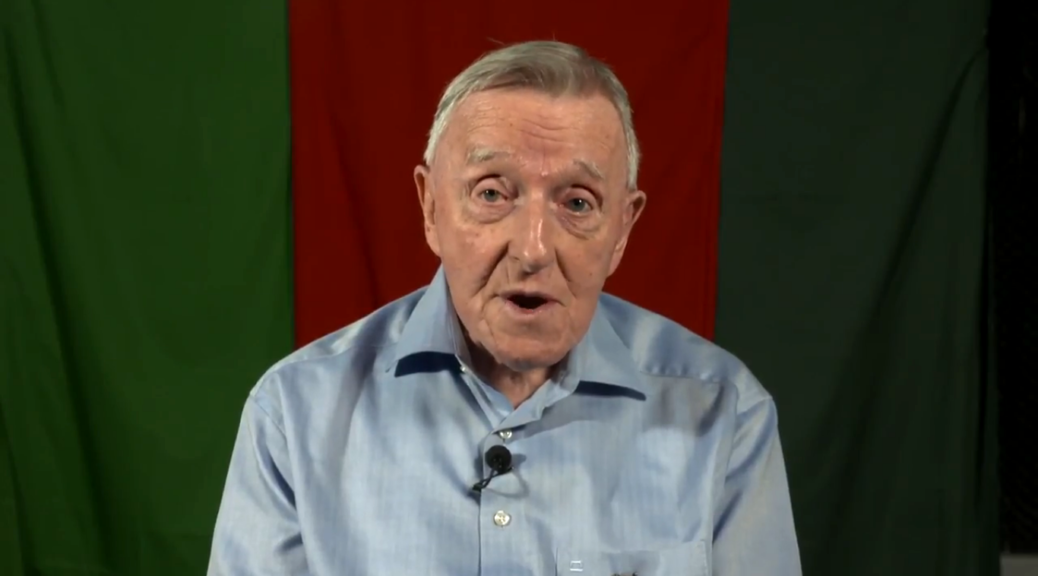 Irish Aid Director General Ruairi de Burca was the Chair for the 2017 Irish Aid Professor Father Michael Kelly Lecture. Please click below to view his remarks introducing the speakers for the event:

Following this, Minister of State for the Diaspora and International Development Ciaran Cannon T.D. formally opened the lecture. Please click below to watch Minister Cannon’s speech:

Father Michael then delivered his introductory address via pre-recorded video from Lusaka. In it, he gave his thoughts on the current challenges affecting young people at risk of, or living with, HIV, and also introduced the two guest speakers – Dr. Chewe Luo and Daphine Abaho. Please click below to watch, and scroll down to read Father Michael’s address in full.

As in previous years, it gives me great pleasure to welcome all of you to this annual lecture and to thank you for the commitment you have shown by coming to the Royal Irish Academy this evening. Let me also thank Irish Aid, and through them the Irish people, for the far-sighted decision to face the challenge each year of asking what more we can do to rid the world of the great scourge of HIV and AIDS and to help the people that it affects. I want also to thank the Irish Forum for Global Health for its assiduous work in organising this evening’s event. Most sincere thanks to Nadine Ferris France, Nicola Brennan, and all of you for your vision and efforts.

And, as also in previous years, I must apologise for my inability to be with you. I would just love to be there, but age and fragility don’t allow it. I’m sorry about that.

But don’t let my absence worry you. The essential thing this evening is the message that our two special guest speakers will bring about the central importance of doing something to lessen the horrendous impacts that HIV and AIDS can make on the lives of young people. Both are well equipped to do so.

Dr. Chewe Luo is from Zambia. I can tell you with pride that she is a greatly respected and admired friend of many years standing, though it is a long time since we last met. Let me make up for that by greeting her now and welcoming her to Ireland: mulishani, mukwai; mwaiseni, ba-Chewe!

Dr. Luo specialises in child health, especially in a tropical environment. This expertise has fed into the many years she has invested in programmes for children and AIDS, and in turn all of this has led to her position today as the chief of UNICEF’s HIV/AIDS division.

The second guest-speaker is Daphine Abaho from Uganda. I haven’t had the privilege of meeting Daphine, but I have been greatly impressed by a short film about the work she does for HIV education, prevention and care among young people in Uganda. Daphine herself is a young person who has been very open about the fact that she is living with HIV. Her courage in doing so and the way she draws on her condition to inspire young people in Uganda to live an HIV-free life surely deserve our respect and admiration.

When we met for this event last year, we noted some major successes in the global struggle against AIDS. The good news is that some of these successes have been sustained and even expanded. For the first time in the thirty-six years since AIDS began its devastating work among us, more than half the people infected with HIV are now receiving life-preserving treatment, by taking just a single tablet once a day. For millions of people, this has transformed HIV from being a death sentence into a chronic, manageable disease. When properly adhered to, the same treatment has also greatly reduced the risk of HIV transmission and in many places has made mother-to-child transmission a rare occurrence.

There has also been a decline in the number of AIDS-related deaths. These have almost halved, from a peak of nearly two million in 2005 to one million in 2016, with the reduction being more rapid among women than among men. Also between 2010 and 2016, the number of children dying from AIDS fell by more than 40%.

But as we acknowledge the progress that these declines represent, let us also remember that behind the cold statistics there are women and girls, men and boys, toddlers and infants, experiencing the pangs and sufferings of a long drawn-out and brutally agonizing death, watched by their trauma-racked and totally devastated families who don’t understand what is happening but who just know within themselves, “this is evil; it should not be.”

It is good that in the shadow of so much suffering and pain we can acknowledge that considerable progress has been made. We all need to have our spirits lifted by positive news in this field of enormous human tragedy. We also need some good news so as to strengthen our resolve in dealing with situations where the reports are not so good. Last year our theme at this gathering was “Hands up for HIV prevention: Leaving no one behind.” Unfortunately, the story about HIV prevention remains fairly bleak. The number becoming newly infected with HIV remains stubbornly high; indeed, instead of going down, it is actually increasing in some parts of the world.

And while great efforts are being made to leave no one behind, one group that has effectively been disregarded, not receiving the attention it requires and deserves, is that formed by young people – adolescent girls and boys and young women and men, all those between the ages of 10 and 24.

Adolescents are at the age when puberty occurs with all its physical, psychological and social changes. This is a time of enormous vitality, innovation, discovery, questioning and hope on the part of young people. It is the time when romantic and sexual relationships begin to occur, when the young person takes risks and enjoys doing so, when the views of colleagues and friends become central and must be conformed to, often regardless of the cost. This is the time when the young person wants to assert personal independence and is prepared to face dangerous situations with the naïve belief that “it won’t happen to me.” This is a time of challenge for young people who are looking for understanding, encouragement, affirmation, information and the skills they need so that they can safely travel the rocky road to adult status.

But the tragedy is that the qualities that make these young people so very charming and endearing also make them vulnerable to infection by HIV and other sexually transmitted diseases and put girls at high risk of early and unintended pregnancies. And compounding this danger is the fact that our adult world is not doing enough to help them. The deplorable situation is that while deaths from AIDS are decreasing in every other age group they are increasing among adolescents. The number of adolescent deaths from AIDS has tripled this century, something that has not happened with any other age group. The estimate at present is that every ten minutes somewhere in the world an adolescent will die from AIDS, while globally more than a third of all new HIV infections occur among young people aged fifteen to twenty-four.

This is simply unacceptable. Adolescents and young people deserve better of life than that. They need information. They need services. They need commodities. They need treatment and care. And their need is that these should be available in an environment that is open and welcoming to young people. But much that they need may be in very limited supply, if available at all and, where available, may be offered in a setting that is far from being youth-friendly, that in fact is youth-hostile and reeks of disapproval, censure, stigma and discrimination.

In addition, all sorts of legal, policy and social barriers may prevent young people from accessing such health information and services as are available. In some countries young people must have adult consent, usually from a parent, before they can access HIV testing and counselling. It’s easy to see the almost insurmountable barrier this places on going for an HIV test and related services. Can you imagine a worried youngster in the mid-teens saying, “Mum, is it alright if I go round to the clinic for an HIV test?” Or even worse, “is it okay if I go to the clinic to get some condoms?” Clearly, legal and social norms must protect children and young people from abuse. But they should not be so restrictive that they prevent them from accessing services that would help protect them from HIV infection.

And Friends, there is one other thing of great importance in this area. I am speaking to you from Zambia which is in the heart of Africa. One of the things people don’t always realise about Africa is that it is a continent of very young people. In many countries young people under the age of 25 make up two-thirds of the population. And the youth population in our countries is expected to increase by an additional thirty percent in the coming fifteen years. In other words, while the rest of the world is aging and growing older, Africa is rapidly becoming younger.

This presents great promise for economic development, with a large working-age population that could lift the continent from its present poverty-ridden state into a more prosperous future. But it also presents the great challenge of confronting and overcoming HIV and AIDS among these increasing numbers of young people. The human rights and dignity of each of these young persons demand that they get all the help they need to keep themselves HIV-free, and that they get the treatment and care they need to remain vibrantly alive even if infected with HIV. If HIV is not successfully addressed in African countries, the growing population of young people could well turn into a ticking time-bomb, spelling disaster for the region. But if HIV among young people is brought under control, the prospects for Africa, and likewise for other regions, are bright. This challenges us to ask: what can we do about it?

Dr. Luo and Daphine will surely take up these and similar matters with you this evening, in greater depth than I can do in these few introductory words. They are delicate issues, but ones with far-reaching consequences for the good of a large proportion of the human race. I feel sure that both will stimulate a great desire in you to see an improvement in the response to HIV among young people. And maybe even some among you might come up with the thought, “if that was my own daughter or son, would I not move heaven and earth to make sure that there was the necessary protection, care and treatment?”

With these few opening remarks, I thank you again for your presence and support this evening. I wish every one of you an interesting although challenging evening; and when it is over, I wish each one of you a safe journey back to your homes.

Thank you and may God bless all of you and those who are dear to you.