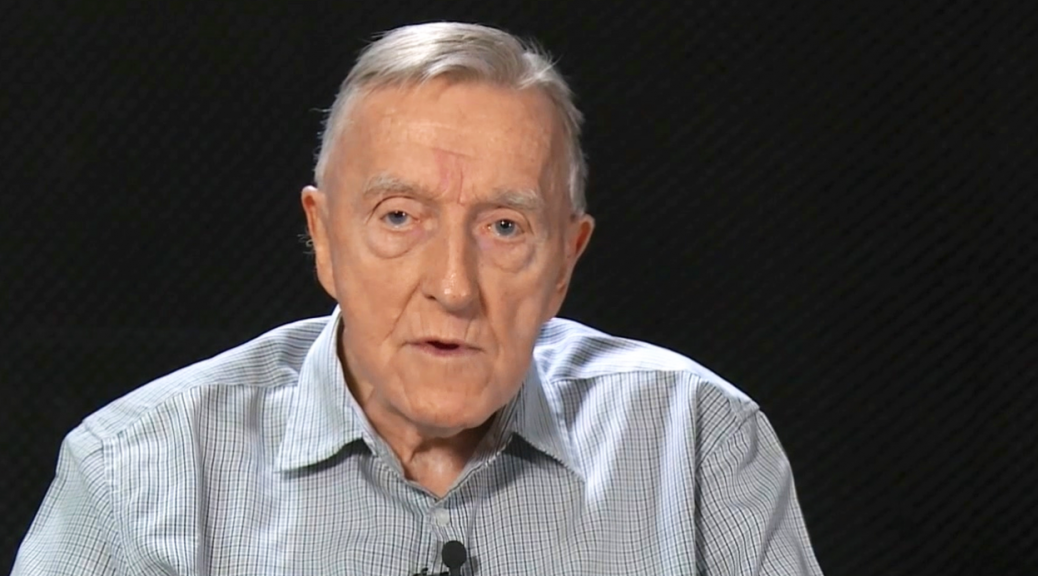 Although unable to appear in person, Father Michael delivered his opening address in 2016 via pre-recorded video from Lusaka, Zambia.

To pay tribute to his ongoing legacy, the IGHN has produced a compilation of lectures and presentations from the lecture series, from 2006-2015, entitled HIV & AIDS – A Deep Human Concern. Download it here.

The evening was opened by Nicola Brennan, Head of Policy at Irish Aid. Nicola’s introduction can be viewed by clicking below:

Comments were also given by Leo Kearns, Chief Executive Officer of the Royal College of Physicians of Ireland, which can be viewed by clicking below:

Father Michael’s Introductory Address was then played, which can be viewed by clicking below. You can also scroll down to read the full transcript.

“Chair, Ladies and Gentlemen: It gives me great pleasure to welcome all of you to this year’s annual AIDS event and lecture. I am speaking to you from the comfortable heat of Lusaka where the temperature is about 30 degrees. But very bravely you have come out in the cold and possibly the damp of a winter’s evening in Dublin to attend this lecture. This is very noble and generous of you, and I thank you for that and for the way it shows your concern that the horrendous AIDS epidemic should be overcome.

It is an especially great pleasure and honour to welcome our two speakers this evening, Shaun Mellors from South Africa and Robbie Lawlor from Ireland. Very courageously, both are open about the fact that they are living with HIV, so in this field both can be recognised as experts in a way not possible to the majority of us. Shaun will be speaking from his more than 25 years of international experience in the AIDS field where he is well-known for his passionate commitment to human rights and social justice, while Robbie will draw on his HIV and sexual health activism, especially among university students, his work in establishing the first peer support network in Ireland for people living with HIV, and his total rejection of anything that smacks of HIV stigma or discrimination.

Clearly, both speakers are singularly well equipped to speak to this evening’s topic on HIV prevention and ensuring that the messages and services reach everybody, with nobody left behind. Both are critical areas. In the last decade the world has made dramatic progress in responding to the AIDS epidemic, but mostly in the area of treatment. Thanks to improvements in anti-retroviral drugs, persons living with HIV today who receive the proper medical treatment have as much prospect as anybody else of living a long and healthy life – and maybe even a better prospect, because they will be medically screened so much more often.

However, although there has been real progress in the area of HIV treatment, the battle against AIDS is not over. Far from it. In fact, some experts are predicting that if things continue as they are the world could see a resurgence of the epidemic, with the number of people living with HIV building up steadily and the number of deaths due to AIDS increasing in many countries.

There are many reasons for this. One is the dead weight of complacency, the belief that we have successfully come to grips with the problem and that treatment alone will break the back of this disease. But as the renowned expert Peter Piot has said, “we will never treat ourselves out of this epidemic.”

Another challenge is reduced investments. Massive and ever-increasing resources are needed to address the AIDS epidemic, but in 2015 instead of increasing these fell. Related to this is the way HIV infection within the body of an individual builds up resistance to the relatively cheap drugs that are initially used and requires ever more sophisticated and costly treatment.

Lurking behind these disturbing scenarios are the two issues that are the principal concern of this evening’s gathering: preventing the occurrence of new HIV infections and making sure that the necessary information and services to do so reach everybody in need of them, with nobody left behind. Quite simply, the heart of the matter is that if we can stop new HIV infections we will stop the disease. But if we do not stop them the epidemic will continue to flourish, with the danger that in many parts of the world the progress made against AIDS in the last three decades will go into reverse.

World-wide, the peak year for new infections was 1997, with 3.3 million new infections occurring that year. For a couple of years after that there was a period of fast decline, with new infections falling to around 2.6 million in 2005. And that is where they have remained ever since [1]. This means that each year about 2.6 million people, mostly adults in the prime of their lives, become newly infected with HIV. If all of these infections were to occur in Ireland, more than half the population of the country would become infected in a single year and the entire population in less than two years. It hardly bears thinking. But that is the world we want to change.

While a certain amount of the problem is concentrated in Sub-Saharan Africa, instances of new HIV infections occur in stubbornly high numbers in almost all parts of the world; for instance, approximately 50,000 people in the United States became newly infected with the disease during each of the past ten years; this means that within the last decade half a million additional people in the United States have become infected with HIV.

And while it is bad enough that the number of new infections is not coming down, the challenging fact is that in many countries the number is actually increasing. In Eastern Europe and Central Asia, for instance, the number of persons newly infected with the disease increased by more than 50% between 2010 and 2015. And in Ireland the number of people newly diagnosed with HIV in 2015 was more than 30% higher than the number diagnosed in 2014 – 498 new HIV infections in 2015 compared with 377 in 2014. The numbers may not be huge, but the devastation to human life is colossal and the implications for long-term health financing are enormous.

Perhaps these few facts bring out how urgent it is that efforts to prevent new HIV infections be reinvigorated. Merely sustaining the efforts that are already in place is not enough. There is urgent need for a more vigorous use of the tools that the world already has at its disposal and for more determined efforts to ensure that everybody in potential need can have access to them. These tools are many and the two speakers this evening may say something about them. Their core consists in strategies that promote sexual and drug-injecting practices that carry less risk of HIV transmission. But they also include HIV testing and treatment for everybody who may be infected so as to reduce the risk of transmission from one person to another and, in the public sphere, putting an end to punitive laws, policies and practices and to the detestable stigma to which these often give rise.

And here we come up against the issue of leaving no one behind. Overlooking even one person in efforts to prevent HIV infection would be a major human tragedy. But it would also be a crime against humanity because of the way it could put an individual and a community at risk of HIV transmission.

But the calamitous fact is that the AIDS response has not always taken sufficient account of certain groups whose involvement is critical to its success. Sadly these groups tend to be virtually blacklisted by society; they experience obnoxious stigma and discrimination; and in many parts of the world they suffer the injustice of abhorrent laws, policies and practices.  I am talking here about such salient populations as men who have sex with men; sex workers and their clients; transgender people; people who inject drugs; and prisoners. These groups are key to HIV prevention efforts because globally they account for more than one-third of all new infections. Reaching out to them, engaging them and involving them in a non-paternalistic way is crucial to every effort to stem the transmission of HIV. Yet too often they are ignored or overlooked or are not involved in a way that respects their fundamental human dignity. Tragically, for themselves and for the world, too often they are left behind.

These are among the matters that Shaun and Robbie will be addressing this evening. They are sobering topics, but ones that both speakers are exceptionally well equipped to deal with. I feel sure that from the depth of their experience they will motivate you very strongly to want to see Ireland do even more in the struggle to reduce HIV transmission and to ensure that nobody is left behind.

With these few introductory remarks, I wish all of you a very fruitful, challenging and thought-provoking evening; and when it is over, may each one of you travel safely back to your homes. And I wish every one of you a very happy and blessed Christmas with your loved ones and a New Year that will see a stronger and more consistent focus on HIV prevention, with nobody left behind.

Thank you and may God bless all of you.”