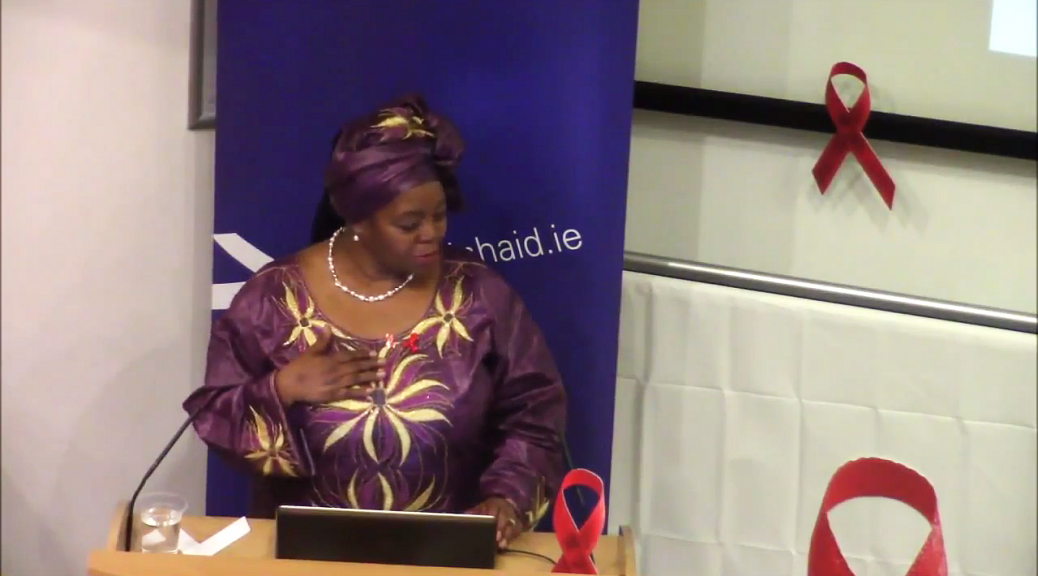 The first guest speaker to the 2015 Professor Michael Kelly Lecture on HIV and AIDS was Professor Sheila Dinotshe Tlou.

Professor Sheila Dinotshe Tlou, from Botswana, is a Nursing Educator and specialist in HIV and AIDS, and women’s health. She is the United Nations Eminent Person for Women, Girls, and HIV/AIDS in Southern Africa. Professor Tlou’s work encompasses the areas of gender justice and HIV and AIDS across the southern African region, with a particular focus on empowering women to negotiate safer sexual practices.

In addition to working with grassroots organisations campaigning for improved AIDS awareness in Botswana, Professor Tlou has also campaigned to reduce HIV stigma. From 2004-2008, she was also Minister of Health for Botswana. Currently, Professor Tlou is the Director of the UNAIDS Regional Support Team for Eastern and Southern Africa, providing leadership in the regional response to HIV and ensuring technical support to United Nations country teams in 21 countries across the region.