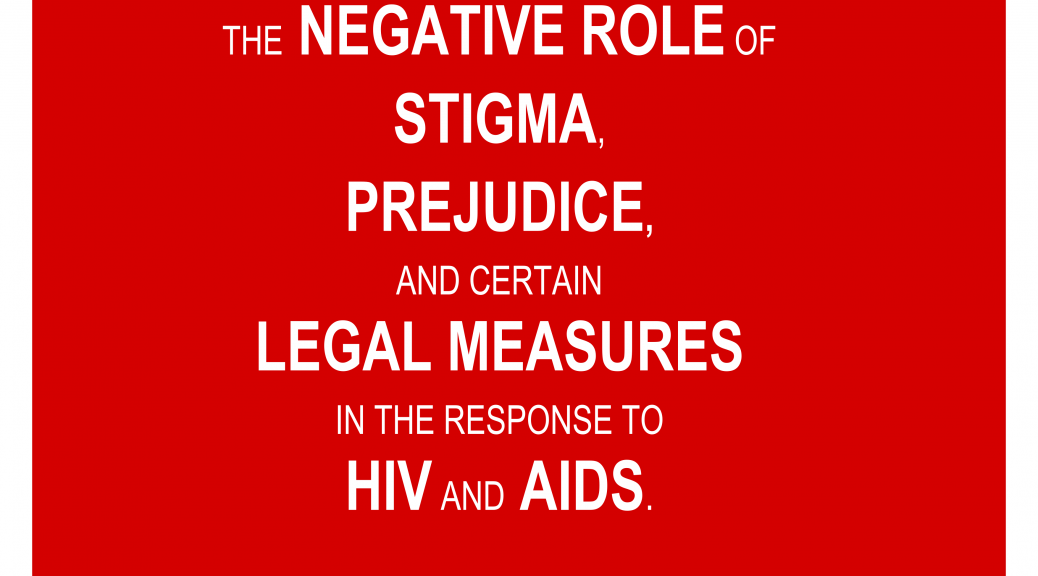 Father Michael’s address was prefaced by an introduction given by  Dr. Douglas Hamilton (Irish Aid Deputy Section Director, Thematic Sectors and Programs), which you can watch below:

Father Michael was sadly unable to attend the 2014 HIV/AIDS Event in person, however he provided a video address to open the event, wherein he discussed the impacts of stigma, prejudice, and challenging legal environments, upon the lives of those affected by, or at risk of HIV and AIDS.

…about a quarter of all the countries in the world still have laws criminalising same-sex relationships. I have never been able to understand this.

In signing off, Father Michael asked all those present to give thought to the immediate challenge faced by those combating HIV and AIDS across the globe:

…what more can i do to end this dreadful epidemic? What can i do to reduce stigma, prejudice and discrimination, and bring about a world where the law upholds the dignity of every man, woman, and child, and does not assail it?

Below is the full transcript of Father Michael’s uplifting and inspiring address:

It gives me great pleasure to speak to you from Lusaka, welcoming you to this year’s annual AIDS event and lecture.

I am indeed very sorry that I cannot be with you this year and really regret that I will not hear the presentations of our two eminent speakers and great personal friends, Noerine Kaleeba and Nadine Ferris France. For a long time I had been looking forward to hearing once more the passion and wisdom of Noerine and to experiencing yet again the brilliance and deep human concern of Nadine. But it was not to be. Instead of being with you on what I presume will be a dark, cool and possibly damp evening in Dublin, here I am speaking from a hot and sunny Lusaka that is looking forward to the onset of its rainy season. It will be some recompense to get a recording of all that goes on this evening, although that will not be the same thing as hearing Noerine and Nadine in person and going away humbled and concerned at what they have shared with us.

Ladies and gentlemen, it is only right that we should acknowledge the tremendous progress that has been made in bringing HIV and AIDS under control. What has been accomplished during the last decade, indeed during the life-time of this annual AIDS event, must be acknowledged as one of the world’s most magnificent accomplishments – scientifically, organisationally, financially. But the fact that 37 million people across the world are infected with HIV and that more than two million new infections occur each year shows that the global struggle is not yet over. The fact that the Irish Ambassador to Zambia, Finbar O’Brien, could say to me last week that he still has to attend a large number of AIDS-related funerals shows that the struggle in one heavily infected country is not yet over.

Neither are we finished with stigma, prejudice and discrimination. The association of the disease with sex and poverty and promiscuous human relations remains. And with it the sly, hurtful, malicious innuendos – it’s your own fault; if you lived like decent people this wouldn’t happen to you; or like the Pharisee in the Lord’s story, “Thank God I am not as the rest of men, especially that I’m not like this chap here who has got HIV.”

And whatever about these attitudes at the personal level, surely it blows our minds that about a quarter of all the countries in the world still have laws criminalizing same-sex relations. I have never been able to understand this. I come from Tullamore and nearly 80 years ago Tullamore had the distinction of being the first provincial town in Ireland to have its own swimming pool. I remember going there as a kid and sometimes hearing the bigger lads saying “don’t let the Guards catch you swimming skinny (that is, without a swimming togs) when the kids are around”. And I used wonder, “what on earth have the Guards got to do with that?” And my childhood question is almost the same today: what on earth have the police or the legal systems got to do with people who engage in same-sex relations? But come to one of our prisons in Zambia and you will find out: desperately over-crowded conditions facilitating much unprotected same-sex activity because making condoms available would go against the Victorian law that prohibits this kind of activity. And the result – men who were free of HIV when they began their prison sentence going back to their families after their prison sentence infected with the virus and fearing to look for treatment because they became infected through what is technically an illegal activity.

Ladies and Gentlemen, our distinguished speakers this evening, Noerine and Nadine, will undoubtedly touch on these and other matters that are crucial to ending the AIDS epidemic. They both come armed with a wealth of experience and study to enable them to do so. I expect that when they have finished you will go home tonight, beating your breast and asking yourself: what more can I do to end this dreadful epidemic? What can I do to reduce stigma, prejudice and discrimination and to bring about a world where the law upholds the dignity of every man, woman and child and does not assail it.

May you have a very challenging and worthwhile evening. For me, it is a great honour that these two notable ladies, Noerine and Nadine, are presenting on this occasion. That they are giving of their time to do so is a challenge to me and every other person in the AIDS field never to let up, but to continue doing all we can to roll back this epidemic which is such an affront to the well-being and humanity of millions of people worldwide.

Finally, Ladies and Gentlemen, let me thank the Irish Government and Irish Aid for making this an annual event and for doing me the honour of identifying it with my name.

I trust that this association with my name will be seen as symbolic, with me, as it were, standing in for and representing the great body of wonderful Irish people who have spent themselves in addressing HIV and AIDS and their appalling impacts, as well as the great body of heroic people who have endured the worst ravages of the epidemic. I conclude by saluting all of them for their great resilience, their unquenchable hope, and above all their unparalleled human dignity.

Thank you, have a very enriching evening, and may God bless all of you!